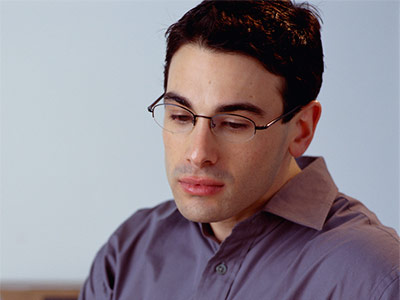 The respondent interview can be particularly challenging in an investigation. What may at first seem like a simple matter, often evolves into a more complex case after only the first interview. How do investigators handle some of the key issues around respondent interviews? Here are my responses to some commonly asked questions.

Can you dismiss part of a complaint if it relates to “reasonable management action” rather than harassment?
Employers need to evaluate all complaints carefully, and if they conclude that any of the conduct in question amounts to “reasonable management action” they are not obliged to commence or continue an investigation or take disciplinary action.
However, they do need to consider the risk of failing to investigate a complaint thoroughly. A thorough investigation that concludes some, or all, action is reasonable may prevent further complaints, and may also assist in mediation to help improve working relationships. (Read more about mediation here)

What if a second allegation of a similar nature (by a separate person) is raised before the conclusion of an investigation?
This depends on an assessment of the terms of reference for the initial investigation, and on what is fair to the respondent. The investigator would need to work closely with the employer and investigation manager to assess whether the complainants are known to each other, how similar the behaviours are, what would be the impact of the delay caused by adding to the investigation and what would be the impact of advising the respondent of the second complaint? Generally speaking, it would be fairer to incorporate the second matter at the same time and change the terms of reference if necessary. However, this is where experience is important because there is usually no right or wrong answer – it boils down to sound judgement.

What if a respondent raises counter-claims against the original complainant?
The interview is the respondent’s opportunity to have their say. If their defence to the allegations is make counter claims, then try to separate their account of the alleged events from fresh complaints. In some cases a second interview may be required to cover their complaints.

What are the legalities of audio recording and what permission do you need from the parties involved?
You are allowed to audio record a conversation and use that as evidence in a court or tribunal if a person has been advised that you are recording. It is polite to gain permission. If a person declines to be recorded you should find an alternative way to record the interview – such as taking notes, using a note taker or possibly a second interviewer to corroborate the meeting.
The legislation around recording was designed to prevent covert recordings being used in evidence against people and this is managed by the use of warrants given by magistrates, usually for criminal activity.
In the civilian space, you can covertly record conversations but if you tried to use this evidence it would be contested unless you are using it to defend yourself against allegations of inappropriate conduct.

Do privacy laws restrict how information obtained in an interview can be shared?
Privacy legislation is designed to control the use of personal information by organisations. It is a breach of the law to distribute private information collected for one purpose to anyone else for a different purpose. i.e. you give your phone number and address to your doctor so they can contact you, but they cannot send this information to a pharmaceutical company without your express permission. Private information contained in interviews might include medical history or personal relationships. As long as the person interviewed is aware of what the interview is being used for, and who will see it, there shouldn’t be a breach of privacy legislation.

How should investigators deal with a respondent’s request to change written notes?
On transcriptions, alterations should be made in handwriting and initialled by the person changing them. In a summary document, the respondent may add extra sections and sign the end of the document.
If it is a statement, they can change it until they are happy with the final version, and then sign it. A statement is effectively what the respondent would say in court, if required, rather than an original record of what was said in a meeting or interview.

How can an organisation minimise the risk of retaliation against a complainant?
The best protection is to have the right workplace culture in place. Failing this, employers should consider mediation, restorative justice/respectful workplace programs or, as a last resort, relocating the complainant. Employers need to be proactive about changing workplaces cultures.

Who should receive a report at the conclusion of an investigation?
Reports go to the person requesting the investigation. They may delegate this to others to assess first and the report may go to the executive board depending on the type and size of the organisation. Generally, unless specifically decided beforehand, reports do not go to either complainant or respondent. But if they do, investigators may need to exclude some sections in order to maintain privacy. Transcripts would not go to the parties in a dispute, but they would be provided to decision makers.
When providing a response to the complainant at the conclusion of an investigation, most guidelines recommend a summary of the investigation process and the key findings. This summary may also include some details of the outcome for the accused, but again investigators and managers need to be mindful of privacy.