The Cost of Ignoring Verbal Reports of Sexual Harassment 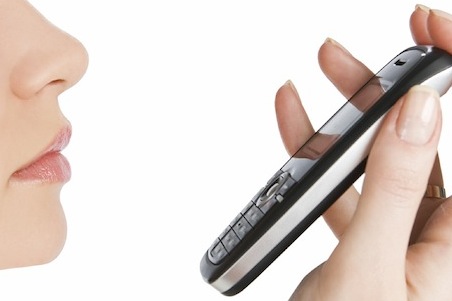 The Cost of Ignoring Verbal Reports of Sexual Harassment

The recent matter of  Trolan v WD Gelle Insurance and Finance Brokers is notable for a number of interlinked reasons. Damage and loss caused by the sexual harassment and bullying behaviour in question led to the sizable sum of $733,723 in compensation being awarded to the plaintiff in the NSW District Court earlier this month. Triggered by a verbal complaint made by the plaintiff to a director of the company, the case was characterised by significant failures to act on the part of the employer. Long gone are the days when a written complaint of such behaviour is needed. Trolan demonstrates that in matters where such egregious behaviour is occurring in the workplace, employees don’t need to put things in written form in order to ‘inform’ of the conduct. This thinking certainly might give pause for thought for both employers and workplace investigators – off the record chats about disturbing sexual harassment and/or bullying might well be all the notification that is required.

In July of 2008, Ms Trolan began work at her new place of employment – WD Gelle Insurance and Finance Brokers Pty Ltd (the employer). Between August 2008 and December 2008, Ms Trolan was subjected to a relentless assortment of unwanted and lewd sexual advances from a director of the company, Mr Gelle. Such behaviour included several physical violations, including circumstances where Ms Trolan was effectively trapped and unable to react. This was coupled with bullying behaviours that were corroborated by colleagues as ‘par for the course’ from the ‘screaming’ Mr Gelle. In September of 2008, Ms Trolan reported the matter over the telephone to another director of the company, Mrs Gelle (also the defendant’s wife). Mrs Gelle undertook verbally to deal with the matter.

But no change occurred. Mr Gelle’s behaviour continued unabated, and in December 2008, Ms Trolan was consequently found by her doctor to have suffered a severe work-related injury. She was placed on WorkCover from that time. The essential causes of her diagnosed psychiatric illness were the sexual harassment and bullying that she had endured over a period of time while working at WD Gelle. And for part of this time, it was with the full knowledge of the employer.

Busy employers can be tempted to argue that they can’t be everywhere at once. Certainly not blind to the potential for unacceptable behaviour, there can however be an in-built assumption that if someone has a problem in the workplace, they should go through formal channels to remedy this. Generally, this would include submitting a written complaint about the alleged conduct. Yet as seen in Trolan, the burden rests largely with the employer to detect and resolve any such occurrences. That Ms Trolan had a phone discussion with a representative of the employer was certainly sufficient to provide notice about the offending conduct.

The consequences of such a failure to respond to sexual harassment and bullying in the workplace can be wide-reaching. Where an injury is suffered – as in Trolan – workers’ compensation is evidently payable. This will often take the form of both long-term statutory payments and sizeable common law damages. Failures of workplace health and safety can lead to considerable penalties, compliance orders and fines. As well as requiring a substantial workplace investigation to ascertain the details of the alleged behaviour, criminal charges might ensue and/or civil action on grounds of negligence might be brought against the employer to remedy the failure to act. A complex and damaging array of legal and financial consequences indeed.

And it is that failure to act that can cause so much preventable harm. At the moment where the director Mrs Gelle was told verbally of the conduct, the employer was officially informed and was required to act. Yet this damaging and ultimately costly chain of events was allowed to continue, causing a sizeable breach of the employer’s duty to protect. Employers are obliged to create a workplace free from harm. And when an employee has the courage and strength to report the offending behaviour, employers must both listen and respond. Written notes, formal documents or approved forms need not be furnished in circumstances such as that faced by Ms Trolan. Her verbal revelation of the disturbing situation in which she found herself sufficed to put the employer on notice.

The lesson from Trolan? Don’t brush breaches of workplace health and safety such as sexual harassment and bullying under the carpet. A bill of $700,000+ for a failure to act is much more than loose change. If an employee says that these behaviours are occurring, don’t wait for written confirmation. Act early with appropriate modes of discussion and/or investigation. In this way, an organisation can stay strong, productive and safe for all.

For information on how WISE Workplace can assist to develop your business’s ability to respond to complaints of seriousness misconduct, call 1300 580 685 or visit our website.