To record the audio, or not? 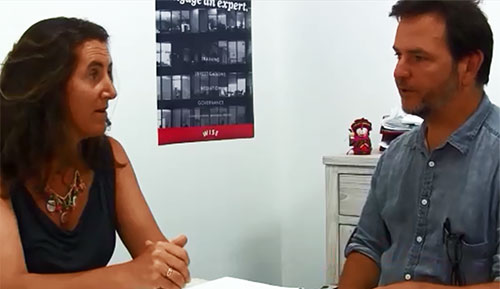 HARRIET STACEY on an age-old dilemma for investigators – even as technology makes it all so much easier.

Regardless of recent technological developments that enable reliable digital audio recording without great expense – and mass access to MP3 and MP4 files and transcription programs – workplace investigators still dwell on this question: to audio record or not.

Anyone who has an iPhone and music software on their computer can easily audio record an interview on their phone, upload it to their music player and be confident that the recording is accurate and audible.

I’ve been playing recently with smartpen technology that allows you to record the audio on an unobtrusive pen whilst taking notes. The recording device can then play back the audio by simply touching the pen on the notes from that section of the interview.

Testing competency
This approach is potentially invaluable when testing competency and concepts with children and vulnerable witnesses, enabling them to draw their understanding of ‘under’, ‘over’, ‘in’ and ‘out’ etc.

Whilst interviewers are still obliged to gain permission to record the interview and announce the parties present and the time and date of the recording at the start of each interview, the absence of the triple-deck tape machine goes a long way to reducing the anxiety that recording devices used to generate.

In fact, our whole attitude towards recording life in general has become more relaxed with the mass adoption of video phones, social media and YouTube. Now, it seems almost any moment from your social life could end up online!

I’m not suggesting for a second that investigators even consider posting their interviews on social media, but the point is society as a whole is more accepting of all of our lives being that much more public than they used to be. And that means a lot more interviewees are probably more relaxed about the presence of recording devices.

Barriers Remain
Recording interviews with people accused of workplace misconduct – or respondents – is now generally accepted. But some organisations still resist this when it comes to interviews with witnesses or complainants.

Managers and their advisers become anxious about privacy laws, confidentiality and potential liability, all of which results in policy inertia about accepting new technologies and embracing best practice.

There is a mass of research on the unreliability of witness evidence in the criminal arena. Just as early research into police interviewing conducted by J. Baldwin in the 1990s showed big skills gaps, recent research into the accuracy of witness statements is likely to cause ripples throughout the world’s justice systems by illustrating the inaccuracies in witness statements when compared against transcripts.

Assess Reliability
Whilst some decision-makers harbour misconceptions that taking witness statements is quicker (and therefore less costly) than audio recording — it certainly produces shorter paper documents — the main reason for recording witness accounts in workplace complaints is to enable investigators and decision-makers to assess the reliability of the witness account, and identify issues that are lost or hidden in a polished witness statement.

In administrative decisions, viewing the transcript of an interview provides valuable information to decision-makers about the likely reliability of the evidence. Unlike criminal proceedings, administrative decision-makers are rarely able to cross-examine and question witnesses, so they have to base decisions on the evidence in front of them. That makes the transcript of interviews so much more valuable.

What do you think?

NOTE: In May Professor Ray Bull, a UK-based psychologist, will be conducting a number of Master Classes in Investigative Interviewing in Australia. Ray has been intimately involved in the development of Investigative Interviewing in the UK and in law enforcement organisation around the world. The British Government commissioned him to draft the first guidelines on interviewing children in the 1990s. Ray has since gone on to build a lifetime of research and practice on police interviewing and more latterly the application of interviewing in the administrative law field. His visit to Australia in April and May is being hosted by WISE Workplace.